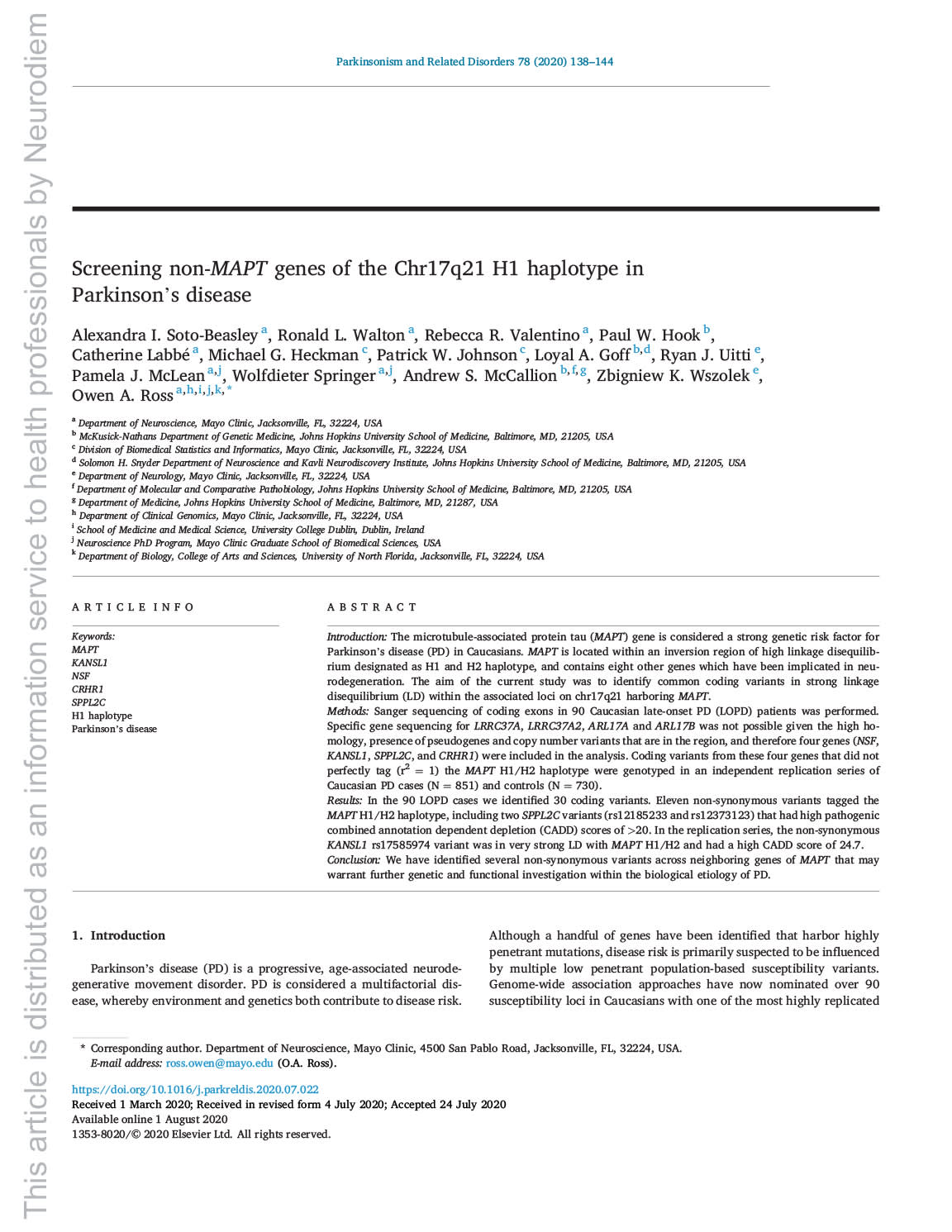 Introduction: The microtubule-associated protein tau (MAPT) gene is considered a strong genetic risk factor for Parkinson's disease (PD) in Caucasians. MAPT is located within an inversion region of high linkage disequilibrium designated as H1 and H2 haplotype, and contains eight other genes which have been implicated in neurodegeneration. The aim of the current study was to identify common coding variants in strong linkage disequilibrium (LD) within the associated loci on chr17q21 harboring MAPT.